In Search of Bas Jan Ader 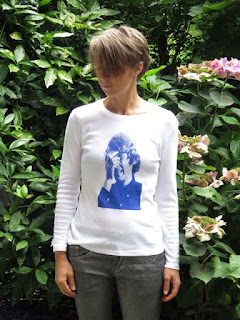 I received a big envelope in the mail today. It came from Seattle, from an artist I admire deeply. Inside there was a t-shirt with the iconic image of Bas Jan Ader’s “I’m too sad to tell you”. There was a 2 page letter, addressed to me personally, a page about an art project “In search of Bas Jan Ader”. A four page article titled “The Case of Bas Jan Ader”, two small papers, one with 13 “questions for guides” and one explaining the background of and references to In Search of the Miraculous and finally a blue piece of paper with a compass attached to it. 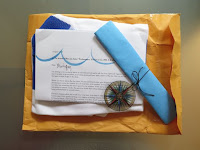 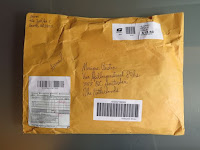 Dear Monique,
I’m writing to let you know about an upcoming work and to ask you for your (spiritual) support. Last year I decided to go out alone, in a human-powered boat, with a letter to Bas Jan Ader on my hull. It’s taken a while to get to the dock.

Maybe you know about Bas Jan Ader? 33-year-old Dutch artist who disappeared in 1975 while attempting to cross the Atlantic in a 13’ boat for a work entitled “In Search of the Miraculous”. Some say Ader was reenacting the hero’s quest for the sublime. Some say he was going home. Some say he was going to commit suicide. His previous works were about falling, letting go, giving in to gravity, being overwhelmed by natural forces.

I’ve been thinking about this work for a long time. Now that it’s time to go public, I’m finding it hard to announce. Even quietly inviting your support is causing anxiety. I worry about what I don’t know but need to know.
……
Soon I will set sail in a dinghy slightly longer than the micro-cruiser Ader used to cross the Atlantic, with a pair of oars and a sliding gunter sail, but with no cabin and no engine. I will not cross an ocean. I will sail the Salish Sea, the body of water between Olympia and the northern tip of Vancouver Island. The water’s aren’t subject to ocean swells, but there are other dangers—currents, riptides, fog, wind, channel crossings, large vessel traffic.
……
Enclosed please find a shirt with an image of Bas Jan Ader on it and a wrinkled sheet of paper. The paper is from a sheet I slept on. It is your map to me. I want to make it clear, nothing is expected of you. We’ll have no direct communication. I simply ask that you guide me as you’re able.

Light lovely days to you,
Mimi


I am touched by her words, impressed by her project, and yes, of course I know Bas Jan Ader. And of course I will try to be a good guide. But there’s no use in writing that here. I will write it to her, I will write her a letter under the soles of my feet this evening. I will take her map with me wherever I go. And I will wear the t-shirt, I already do. 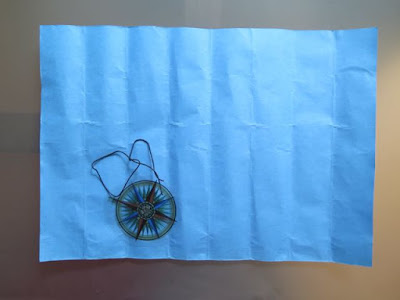 Posted by monique besten at 20:04 No comments: