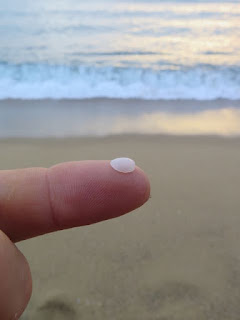 Posted by monique besten at 13:37 No comments:

The poetry that took the shape of a shelter 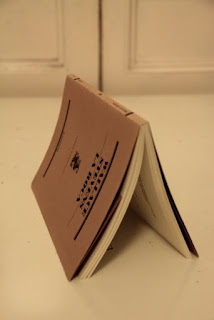 THE POEM THAT TOOK THE PLACE OF A MOUNTAIN

There it was, word for word,
The poem that took the place of a mountain.


He breathed its oxygen,
Even when the book lay turned in the dust of his table.

It reminded him how he had needed
A place to go to in his own direction,

How he had recomposed the pines,
Shifted the rocks and picked his way among clouds,

For the outlook that would be right,
Where he would be complete in an unexplained completion:

The exact rock where his inexactness
Would discover, at last, the view toward which they had edged,

Where he could lie and, gazing down at the sea,
Recognize his unique and solitary home.

- Wallace Stevens
Posted by monique besten at 05:30 No comments: 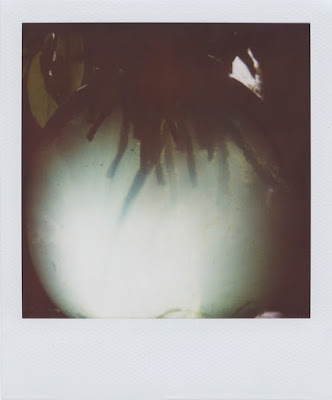 "To let each impression and each embryo of a feeling come to completion, entirely in itself, in the dark, in the unsayable, the unconscious, beyond the reach of one’s own understanding, and with deep humility and patience to wait for the hour when a new clarity is born: this alone is what it means to live as an artist: in understanding as in creating.
In this there is no measuring with time, a year doesn’t matter, and ten years are nothing. Being an artist means: not numbering and counting, but ripening like a tree, which doesn’t force its sap, and stands confidently in the storms of spring, not afraid that afterward summer may not come. It does come. But it comes only to those who are patient, who are there as if eternity lay before them, so unconcernedly silent and vast."

- Rainer Maria Rilke, Letters to a young poet
Posted by monique besten at 14:43 No comments:

What scares me most

“Where are you from?” he asked.
It wasn’t the first time that evening I was asked that question. I was out with friends, we were in a small club, dancing and talking and enjoying ourselves. Good company, a nice evening.
I tried not to jump to conclusions after having spent some energy actively avoiding eye contact with men I didn’t know while dancing. Eye contact, especially repeating eye contact even when you only coincidentally look into somebody’s peering glance, is usually seen as a sign of approval to enter your comfort zone. I find it hard to keep my eyes down or look away. I like to look where my eyes wander. I like looking people in the eye. But not when it has consequences I don’t want. Keeping your eyes down is easier than having to keep turning your back to somebody who starts dancing closer to you or even pushing away hands or raise your voice and tell somebody to give you space. Or to fuck off.

“Where are you from?” he asked. He seemed to be a nice person but I never know what this question means and also I am not a big fan of small talk. So I asked: “What do you want to know? Where I was born? Where I was yesterday?” It seemed to make him a bit uncomfortable so I told him I was born in the Netherlands a long time ago. “That’s great!” he said. “Where?” I tried to explain I didn’t feel very connected to the Netherlands and anyway, I was born in a small village he wouldn’t know but he wanted to know where it was anyway. So I gave him the name and the cities closest to it. Again he said “That is great!” and I asked why that was great, which made him confused again. For me it was easy, either this was complete nonsense and he didn’t know what to say or ask and in that case I’d rather be silent and he would be better of talking to somebody else or he had a good reason to find it fantastic that I was born 44 years ago in a village in the east of the Netherlands. If so, I was curious for his reasons. But it confused him more and then a friend of mine, who had listened to us talking, asked me why I was being so tough on him and couldn’t take part in the conversation in a gentle way. Be kinder.
I tried to explain. How exhausting it is to continuously put little bits of energy in avoiding things. Be it making sure you don’t look into a man’s eyes on the dance floor or politely answering questions that are not going anywhere. I am not sure he got it. And at the same time his reproach triggered something in me. If there is anything I want to be it is a kind person. So I told him that maybe he was right. And I apologised to the man I might have offended. I didn’t want to be unkind.

And I still don’t. But I regretted my apologies afterwards.

When the lights turned on and I left the building there was some commotion outside. A man had touched a female friend of mine in an appropriate way. She had objected and became angry and the men present were trying to tell her that it was nothing to get upset about and that she shouldn’t make such a scene. The women present were defending her but all the men were either looking away, defending their friend or telling her she was overreacting. It was a complicated situation because some people had drunk too much and the people running the club were nervous about noise in the street so the group dispersed and I walked home feeling uncomfortable about not having fought harder for my friend and making a scene. I still don’t know if I should have done more than telling them they were wrong and her that she was right, maybe I should have raised my voice right there instead of here.

I walked home alone. It was dark and the streets were empty. I was angry. And aware of my vulnerable situation. Less of a prey than I sometimes am when I am wearing a dress but even when wearing jeans and a dark jacket still clearly female. I put all my money, keys and valuable belongings in hidden pockets so if again a man (or two, like earlier this year) would try to steal my bag I could just let go of it without getting hurt this time. I felt safer but also angrier.

It was just a random evening. I had enjoyed myself. Nothing too much out of the ordinary had happened. And that scares me more than anything.
Posted by monique besten at 15:31 No comments: