On the edge of the middle of nothing 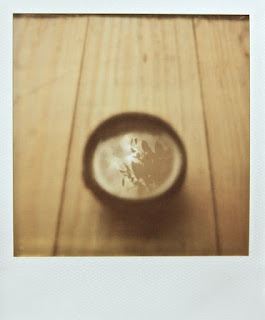 I failed. I was supposed to be at a beautiful city garden at 12.00 to watch a silent movie with a soundtrack made by a dj and drink vermut afterwards. I had reserved a ticket a long time ago.
I left in time. I skipped the first metro entrance because it involves a long walk through underground tunnels to the tracks. I wanted to take the second one but it was closed. I was redirected to the next one and I just saw the metro drive off but there would be another one in 4 minutes. It wasn’t. But it was there in 6. I would be a little bit late but with some luck not too much to be denied entrance. The metro was crowded. At the next stop more people entered. And more at the next one. Verdaguer. Verdaguer? No. That wasn’t right. I got out just in time. Wrong direction. Where was my mind? A soundtrack started in my head. The Pixies.

Up the stairs, around to the other platform. It was almost 12. I would be very late. Too late. I took the tram back to where I started. Go home? The sun was shining. Maybe there would be an empty table at the square next to the church. Coffee instead of vermut. Watching the real life movie in vivid colours instead of a silent black-and-white one.

There was an empty table. And there were books in my iPad. A good day for Christian Bobin, The Eight Day. “The eighth day is the day that follows the Jewish Sabbath when God rested from creating. It is thus beyond time.” It is a collection of essays, starting with “The eighth day of the week”. It is one of his early texts and all his principal themes are already present: childhood, nature, death, time and timelessness, the role of writing in the life of the writer, and that of the writer as translator and interpreter of what he sees.

“Unable to write, and living out a penitantial time that sheds its hours as a tree sheds leaves, I read. I devour books, and not a word brings succour. It’s a common enough experience: this gulf between weighty knowledge, as embalmed in books or moral laws, and the breezy mood of life as it passes. One can be a mine of learning and spend one’s life in total ignorance of life. It is not the books that are to blame, but the meagreness of our desire, the narrow limits of our dreaming.”
I looked up, just in time to see a small boy walking over from the table next to mine to his neighbours or more specifically: to their big old golden retriever who was lying on the floor. The boy kissed the strangers’ dog on its forehead. His parents waved him back but he refused, got down on his knees and hugged the dog as if he would never let go of him again. His mother tried again in vain so his father walked over to pick him up. He didn’t want to let go of the dog and was about to start crying but when he heard the magic word, the dog was forgotten. Patatas! As yellow as his sweater. The waiter had just put them on the table. And his excitement got even bigger when he discovered that he hadn’t finished his pineapple juice. The sounds he made while drinking it became my new favorite soundtrack. After the patatas and the juice he wanted his father’s glasses and looking through them he laughed as if the whole world had turned into a carnaval. Then the empty chairs had to be dragged to the middle of the square so he could sit next to the fountain. I thought it was a splendid idea. His parents didn’t.

I continued Bobin because I suddenly remembered how it ended. I read the pages too fast to get there quickly: “To a child who asked me, ‘what is beauty?’ - and it could only be a child, for that is the only age that hankers after lightning and frets about what matters - I should answer: beauty is in all things that move away after once brushing your skin. Beauty is in the radical instability - a loss of balance and of voice - that the passing touch of a white wing provokes in us. Beauty is the sum of those things that pass through us, unaware of us, and suddenly intensifying the lightness of being …. I would tell him that a book is like a song, that it’s nothing, that it’s for saying all that can’t be said, and I would cut up an orange for him. We’d carry on walking late into the evening. In the silence we’d discover at last, he and I, the answer to his question. In the luminous vastness of a silence that words caress without disturbing it.”

The sun was still shining but when I got home I heard thunder in the distance, even before the sky turned grey. My plants were cheering. Then the rain started falling down. A message popped up on my Facebook saying that the other thing I had planned to go to, an outdoor music event, was cancelled. So I stayed inside. Everything seemed to be failing today. But beautifully. I made more coffee. Liquid happiness. And even more so when drank from a handcrafted ceramic cup, rough on the outside but after you’ve enjoyed your coffee you see it is smooth and shiny on the inside. Like life itself, from time to time.

While I was wondering if this last line wasn’t too tacky, my computer screen turned black. It wasn’t the first time. A few weeks ago it stopped warning me when it was running out of power and was in coma for two days, just until the moment I was about to screw it open to see if I could revive the battery. I am trying to keep it plugged in now but sometimes I forget. On days like this apparently.

It restarted, the programs reopened, I held my breath but the freshly typed words were still here. Time had moved backwards though, Thursday 1 January 2015, 01.14. It took longer than normal to reconnect to the modem and in the minute or two it lasted, I tried to remember where I had been at that time on the first day of 2015. It wasn’t hard to remember. The first hours of the day I was supposed to be in Barcelona to start a new life in a new year but had failed to leave the Netherlands. On a white plastic chair in a forest staring at the stars, drinking my father’s wodka. But that’s a whole different story and I already told that one here elsewhere. How he failed to live, one of the rare circumstances in which you can’t tell somebody that it is ok to fail and, like Samuel Beckett said, try again, fail again, fail better.

The computer switched back to Sunday May 19th, 16:04, later than I wanted it to be but lingering in  the past sometimes does that, it catapults you further into the future than you would like.

Bobin writes: “We fail our lives. We fail everything. What is strange in fact is that grace still gets to us, when we do all we can to render ourselves unreachable. What is strange is that - thanks to a wait, a look, or a laugh - we sometimes gain access to that eighth day of the week, which neither dawns nor dies in the context of time. It is in the hope of such things that I live, and it is under that light that I write, savouring the beauty of each passing day. Writing is doubtless vain, and there is no guarantee that it prevents the night from coming, none whatsoever, but, after all, it can seem just as vain to love, sing or pick the first periwinkles - pale and tender as though emerging from a long illness - to bring them into the empty room.”

I often have the feeling I am wasting my time writing. But sometimes I don’t know what else to do and then I just write. Today, or actually yesterday or last week, but latest today, I was supposed to finally write a text for my new blog, to explain about “The Middle of Nothing” which is the title I chose for the project I will start next weekend. I can’t get my fingers around it. Which in a way makes sense:

Maybe today I have been writing from there. Maybe I failed well.