Taking five trees on a walk. 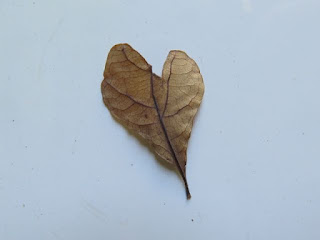 “Of all the trees in the forest, none occupies quite the space in our collective consciousness as the oak. At once both mighty and ancient, the oak is indeed massive in stature, both physically and spiritually. Associated with gods and kings from the earliest tribes of Europe to the Greeks and Romans, right down to our present day nations, the oak continues to be used as a symbol of strength, endurance, and longevity.”

A lot has been written about oak trees. This quote comes from the jewelry maker Carl Blackburn who is also known for his role as a dealer of important and magnificent jewels and is one of the most recognized luxury estate buyers in the US. I don’t know why there is a page about the symbolic meaning of oak trees on his company’s website. Trees have rings. And some rings are made out of wood. But not his. It is a mystery to me. Like many things are.

I was never specifically interested in oak trees myself but somehow they entered my life the way all things enter my life. By chance and going with my instincts.

“Growing an oak tree from a tiny acorn takes a lot of time and patience” the “WikiHow to do anything” website says.

1. Harvest some acorns that are free of worms, holes, and fungus.
2. Place them in a bowl of water. Discard any that float after 1 to 2 minutes.
3. Place the good acorns in a zippered bag with damp vermiculite or peat mix.
4. Store the bag in the fridge for 45 days. Look for sprouting acorns.
5. Place the sprouted acorn, root-side-down, into a small pot filled with damp soil.
6. Water the acorn regularly as it continues to grow.
7. Transplant the acorn outside when it is 4 to 6 inches (10 to 15 centimeters) tall.

I didn’t do any of this. But there are five baby oak trees growing on my balcony, waiting to be taken on a walk through Spain. It makes sense now. Like most things that come into existence by a series of events do.

What I did do was this:

On a sunny day in April I walked through the woods where I grew up and felt just as much (or maybe even more) at home as I used to do in my cozy room in the house not far from the edge of the forest.
I walked along the paths that are now closed off because in the past we managed to disturb the living circumstances of the animals living in those parts of the Netherlands to such an extent that now they have to be protected from peoples’ presence. At the same time the Nature Reserve is being promoted as a great tourist location and more and more people walk and bike through there on less available sandy roads and winding paths. It makes sense to give the animals their space and privacy but it makes me sad at the same time that I can only experience “my” forest the way I’m used to by breaking the law.

I still know where my father took me to find chestnuts in autumn, where the dense corners are where I pretended to be living and tried out my survival kit, the hilltops with the best views, the path with the muddy pools on the left side where we watched salamanders, the location of the ancient grave mounts that are hidden from sight and aren’t indicated from the road, probably because human presence is unwanted there as well.

My goal was the hill top the area is named after. De Haarlerberg. The mountain of Haarle: 63,2 meters high. On my way back I collected chestnuts and beech nuts and acorns. I took them back to my parents house that used to be my grandparents house, the house I was born in. I drove them to Amsterdam, flew them to Barcelona, took them on a train to the Nau Côclea Contemporary Art Center in the Catalan countryside where I spent 18 days to walk the route I was going to walk in August without leaving the house. There are many ways to walk and walking can be many things. (see: www.wherewewandered.blogspot.com). Every day, while walking my route in the virtual world, I planted Cosmos Daydream seeds. A plant with the most amazing name and beautiful pink flowers.

“The “cochlea” /ˈkɒk.liə/ (Ancient Greek: κοχλίας, kōhlias, meaning spiral or snail shell) is the auditory portion of the inner ear. It is a spiral-shaped cavity in the bony labyrinth, in humans making 2.5 turns around its axis, the modiolus. A core component of the cochlea is the Organ of Corti, the sensory organ of hearing. The name “cochlea” is derived from the Latin word for snail shell, which in turn is from the Greek κοχλίας kokhlias ("snail, screw”) …..” (from Wikipedia)

Nau Côclea is housed in a rectangular building, it looks like a box in the landscape without any curly shapes. But there are snails everywhere. Snails and music. It once started as an artist residency with a focus on sound art and these days music, sound, poetry and storytelling are still of great importance there. The Organ of Corti is stimulated in different ways. And once a year Clara, the director, organises a long walk that is spiral shaped. This year I proposed a plan for it and was invited to make it happen.

When I came back to Barcelona after collecting the seeds I went to Scotland for a week and left them in my room inbetween two layers of moist cotton wool. No idea if that was a smart thing to do. I was hoping they would germinate while I was gone. When I came back it looked messy and nothing had happened. I packed them in a big plastic bag, took them to Nau Coclea and left them outside in the garden next to my frontdoor for the first days when I was settling in. When I wanted to start planting them they were covered by a layer of slugs and snails that had been feasting on them.

I planted the ones that looked still good, I watered them daily inbetween staring at my computer screen and walking virtually through Catalan mountains. At night I put them inside to keep them as safe as possible from the snails, sometimes I checked them in the dark and removed the animals that had almost managed to climb into the pots. The tiny frogs didn’t form a problem but I had to make sure not to step on them when they were jumping through the living room. I don’t know why they kept coming inside when there was a large pond outside.

At the end of my 18 day virtual indoor walk only two of the beech nuts had grown into tiny plants. The rest didn’t show any sign of progress. But when I carefully dug up the acorns some of them had formed roots. So I carried them back on the train to Barcelona.

The beech trees died. The chestnuts never grew into saplings. But five acorns turned into tiny plants and started to form small leaves.

Oak tree facts. “Oaks produce more than 2000 acorns every year, but only one in 10 000 acorns will manage to develop into oak tree.”

I left them in the care of a friend when I went to a natural farming course. It felt a bit like leaving my children behind. I had to go to the Netherlands for a week. Another friend watered them. Every time I came back, the first thing I did was to take a look at my trees.

The young leaves turned brown and I thought they were dying but new leaves kept appearing. I saved the leaves that fell off and studied them as if they were maps.

The biggest one is 25 cm. now, the smallest 8. Two of them are twins which is just as uncommon among oak trees as it is among human beings. I will plant one of those at the location where once, centuries ago, two small boys had a vision. Originally two juniper trees marked the spot where Jaumet and his older brother Celdoni saw the Holy Virgin, but after crowds of pilgrims started to visit the location the trees died. The gothic cross that was put there to replace the trees was demolished during the last Spanish civil war. Now a new cross replaces the cross that replaced the trees in the old meadow of Bassedòria, a stonesthrow distance away from the church and convent (el Santuari del Miracle) that were built there after the miracle happened.

Five trees to be taken on a walk. One to be planted at the starting point, one at the middle (at the Santuari del Miracle) and one at the final destination, Montserrat. One to accompany me on the rest of my journey (which is my life) and one that will find its own destination.

I am thinking about carrying all five of them for the whole walk but I will be dependent on my fellow walkers for that. I can only carry one myself. I have to build handy sturdy lightweight constructions to put them in. I am not sure if they will survive the walking days and I am even less sure if they will manage to stay alive after I planted them but what counts is trying and it is a route that will pass many places where miracles took place so I’ve got good hope I will manage to perform the miracle of transplanting a little piece of my childhood environment to the country I love as a trace of the thing I like doing best: walking with people. 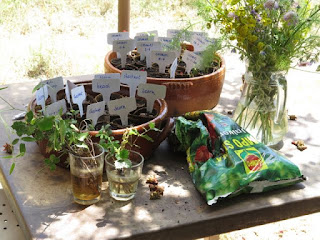 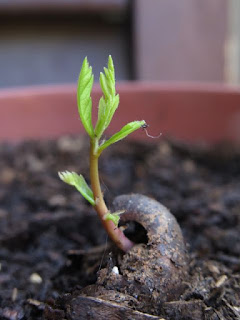 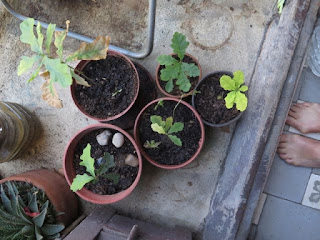