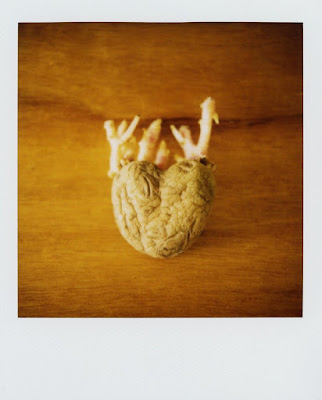 The new year has started. It started first at the 22d of December last year. I went to the beach to see the sun rise in the knowledge that from then on every day would be slightly lighter than the former one. I found a stone on the beach with a white shape on it that resembled the letter “V”. V for Victory maybe. The victory of light over darkness. Coïncidentally it was also the morning after the Catalan elections in which the pro-dependence parties got a majority.

It started again on the 1st of January, the second after all the clocks struck twelve and the sky was lighted up by fireworks. We drank cava and smiled and felt light and danced our way into the first day.

It started once more on the 8th of January, the Monday after the celebration of Three Kings and the last Sunday of what had been a long holiday for a lot of people. The end of Christmas and New Year and Three Kings shopping, of ugly decoration and music in (and not limited to) public space, everything and everybody returning to normal.

Today it started because it is the first day of my fourth year in Spain. I haven’t lived here continuously in the last years but I have been calling it home for a long time and wondering if it could be my home since I arrived to work on an art project three years ago in the evening of the 8th of January 2015.
I received a Brother today. It is tempting to write I always wanted a brother but that wouldn’t be true. I am happy with two sisters. And my new Brother is a printer. “Brother at your side” the box says. I need him for a new year that will be devoted to writing. But a Brother isn’t enough. As much as I like modern machines, I still love the old ways. I bought a fountain pens as well. With a reusable ink cartridge. My old ones, always Parker, disappeared one by one in my continous movement from the last years. The new one is blue, like the sea. I write in black though because a word should be able to have any colour you want it to be when you read it.

And last but not least, tomorrow a new year will start. For no other reason than that it will be a new day. So happy new year to you. Today and tomorrow and every day after.
Posted by monique besten at 12:21